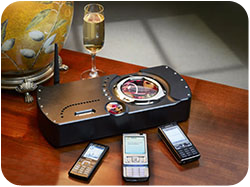 I mentioned the Chordette Gem earlier. Now this little diamond has spawned a big brother in the Chord QBD76 DAC. The QBD76 is a truly high end DAC as you would expect from Chord Electronics. The major addition to DACs in general and its predecessor alike, is a the very same thing that makes the Chordette Gem so original – Bluetooth reception. An abundance of digital inputs, including USB, makes it a versatile hub in your audio system even so; but Bluetooth A2DP support now adds your mobile phone to the equation.

Incidentally. If you remember the old Flash Gordon comics, do you not hear Dr. Zarkov exclaim while straightening his back and pointing: “Duck Flash! That rocket ship is armed with a QBD76!”? 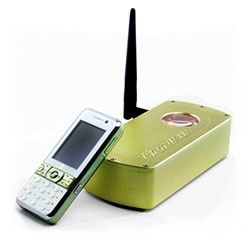 British audiophile magazine What Hi-Fi? just released a quick news article on their web about an interesting device from Chord Electronics [otherwise known for their insanely exquisite high end audio components] – the Chordette Gem. The device is something as ingenious and yet so simple as a Bluetooth DAC. The idea is that you stream music from your mobile phone via Bluetooth. For more orthodox purposes it offers a USB socket as well.