PS Audio are the people who gave us internet attached power conditioning so it is no surprise that they are the first to unveil a HRx capable player [almost like being a fax machine pioneer]. As so many other things on this blog it really doesn’t belong here, but it has one redeeming feature making it somehow fit in rather snuggly: It rips, stores and plays, and it connects to the internet.

First the old stuff. The perfectWave Transport rips the CD using the venerable Exact Audio Copy and stores it internally. Then the data is read back and played. This should eliminate timing related jitter by ways of simple buffering. While this idea itself is pretty obvious it wasn’t until Genesis released their Digital Lens in the mid-nineties it started to cost money acquired its flock of followers. Add to this a vendor driven service for downloading album artwork and song lyrics, more or less aptly buzzing it as cloud computing, you have a quite interesting CD transport.

Now the new stuff. The new player now supports the HRx formatted media. Not in itself an audio standard but simply a DVD with WAV files on it at a resolution of 24bit at 176.4KHz. 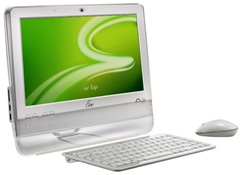 This is not a streamer. It is not even a media center of any kind. It is quite simply a PC and not a very impressive one at that – spec-wise; an Asus Eee sporting a 15.4” touch monitor and driven by a measly Atom processor. It does, however, have enough power to run a standard media player such as Foobar2000, Songbird or indeed Windows’ own Media Player. And this is what makes it suddenly stand out. For a relatively small investment you get something that operates like a Sooloos, albeit without the otherworldly audio capabilities, and looks cool on almost any table top.

The RipNAS is not an audio streamer per this blog’s usual definition but a uPnP compatible server based on Microsoft Windows Home Server. Devices that are compatible with the uPnP standard can then connect to the RipNAS and use it for storage. What makes the device stand out is its built-in optical drive that lets you rip automatically to a number of audio formats, including Flac. Just insert a CD and rip away. The device comes preconfigured with 320GB, 640GB or 1TB harddrives and can be extended with a matching external drive to up to 7TB. That should suffice for all but the most extreme of needs.

For streaming the device supports Logitech SqueezeCenter, Sonos , iTunes and uPnP. Also it connects automatically to such services as freedb and MusicBrainz for tagging music. Needless to say; since it is a Windows Home Server you can install just about any piece of software you can think of, such as automated backup of music or online purchases. Indeed, the server can be used simply as a Windows file server.

Or one more headline, to be truthful. Stereophile magazine promoted the Sooloos Music Server System from editor’s choice to product of the year…!

Let’s try that again: Stereophile awarded a from-the-bone-out digital sound source one of the most prestigious  accolades of the business over a bunch of analogues. Now, that should raise some eye brows. Way to go, Sooloos.

Friday last, news hit the streets that Meridian, a genuinely household name in British hifi circles, had bought Sooloos. Meridian are renowned for their compact solutions but has little experience in streaming audio. The fact that Sooloos has exactly that and on top of that a compatible outlook on life, sound and what-not makes this a truly holy alliance. Sooloos is in itself an interesting system but what is really interesting in my view, is if Meridian will come up with a Sooloos compatible compact client to match it.

Sporting a wifi connection, wired ethernet and FM reception, this internet radio is very much that; an internet radio. A slick design centered around a pretty colour display and cool navigation controls paired with uPNP support and self sufficiency makes this a very attractive kitchen music piece, in so far that kitchen can mean just about any room in the house not equipped with a stereo system. It is yet unclear which media formats are supported. 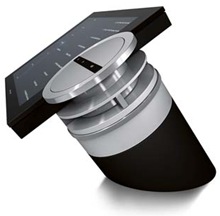 I mentioned the Kupuk Zones a while back; an application for the Apple iPhone / iPod Touch that lets you control the Sonos Zone Players. Now Sonos themselves have released a zone controller for the iPhone. The reactions in the community the last couple of days have been hurrayingly positive and admittedly the logic of having Sonos themselves do the development would by itself be enough to warrant such a reaction. Now they only need to release a Zone Player application for PC and Mac to keep their shareholders a tad on the fringe. 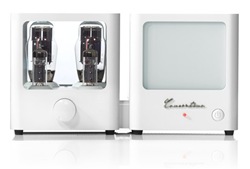 This one had me sold by looks alone. It doesn’t even come close to being an audio streamer. What it is, though, is one cool looking iPod dock.

With a power consumption of 190W and an output of 7,5W it is a classic example of tube driven class-A inefficiency but undoubtedly a notch up the hifi-ladder for the iPod. Of course, this isn’t the first ipod tube dock but it certainly is the one most becoming in a Mac home.

The amplifier is built specifically to drive a set of accompanying speakers. The output transformer has been built into the speakers to keep the amplifier’s form factor down and thus its cuteness factor up. 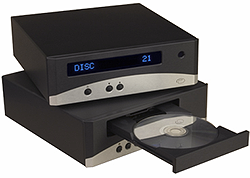 Resolution Audio is already famous for their Opus 21 CD player which combines with their Opus 21 XS [Extra Source] device lift their system above normality, utilizing the CD player DAC for digital audio. All components are powered from an external power supply, aptly named Opus 21 Power Centre. It is from the power supply you are informed of what is currently playing. Now, the IXS stands apart from the original XS in that it supports streaming iTunes tracks from an iTunes serving computer. Through an iPod Touch, or indeed anything capable of remote controlling your iTunes library, you can control which tracks are played. In detail how it differs from the XS remains to be resolved, since the original XS itself has 5 digital inputs of which one is USB, meaning that listening to iTunes with the help of an iPod Touch was already possible. Such are unofficial information; you cannot always get the details.