Apple iTunes 10–or how nothing is ever a problem 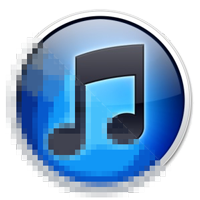 Apple released version 10 of their iTunes recently and immediately media sharing devices all over the world stopped serving sound bites to yearning ears. Not that Apple broke iTunes. Of course not. Don’t be daft! NAS drives across the globe committed collective suicide and stopped working. That’s what happened. Apple’s response to an immediate flooding of the support forums: complete silence.

The culprit is the daap protocol being used to communicate tracks from NAS drives to the iTunes players. The playlists show up like they always did but they contain no tracks. The bigger problem is, of course, that flashing a NAS drive with new firmware requires the drive to be in production or at least not very old, and that you are actually enough computer apt to actually perform the operation, let alone recognise the need. Apple scores pretty low on this one. Not for optimising the protocol or whatever they did to it, but for leaving a large group of users behind by not being backwards compatible. The very users they cater to with their zero administration products. A disappointed user at Apple’s support forum put it this way: “Yeah. Nothing ever appears to be their problem”.

This could be a good time for media player vendors to release a new cool player and push iTunes off the ledge. Most people would be more inclined to switch software solution than replacing their hardware, I’d wager. I know, I would.