At only 59, Bob Brozman was found dead on April 23, 2013. If that isn’t sad enough, it appears he took his own life. Bob Brozman was a sharp critic and preached dedication when performing. Physically he was a short man but he could easily fill an auditorium with a larger than life attitude and shear force of his playing. A lifetime of dedication to performance and the proliferation of roots music doing his self-coined ethnomusicology has been abruptly ended.

One of Bob Brozman’s initiatives is the Global Music Aid, attempting to collect instruments and musical equipment, large and small, in aid of those who can’t afford to buy it themselves. So if you feel like following in the footsteps of a truly philantropic man of the world, do go and donate equipment if you have it or point those who do to this wonderful foundation. 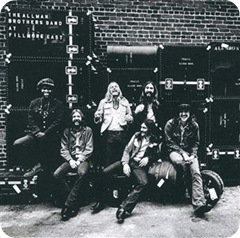 One of [if not just] the finest live recordings of all time has been released in 24-bit/96KHz Flac. In 1971 Allman Brothers shook the Fillmore East church of rock ’n’ roll good and presented the world with a massive energy outburst combined with one of those moments where everything seems to just collide into super natural wonderfulness dwarfing even the CERN LHC… I’m getting carried away here. The fact of the matter is that this mandatory piece of music history has been released in high definition. Do go and get it. 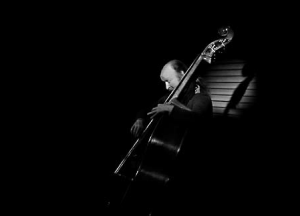 Danish jazz bassist Hugo Rasmussen turned 70 today. Although he is the quintessence of all things analogue, congratulations from this site of digital should be in order all the same… og når han hjem fra skole går, Hurra! Hurra! Hurra! etc… og et stort tillykke herfra! 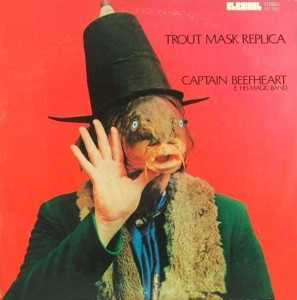 Frank Zappa peer and master of all things unusual Don Van Vliet has died at 69 after suffering from multiple sclerosis for many years. Following a career of musical greatness mixed with equal measures of not-so-greatness, he dropped music for his painting and sculpting, and pretty much disappeared from public view. Do go and get your copy of Trout Mask Replica if you haven’t got it already. It is a master piece if there ever was one and a milestone at the least.

This has absolutely nothing to do with streaming music. Not in the least. I have to mention this new album from Iggy Pop, though.

On 25th of May Iggy released his newest album. Our own super punk rocker proclaimed it to be a reference to Michel Houellebecq’s neo classic novel La Possibilité d’une île. Exactly how this reference would manifest itself was unclear, and indeed still is – even when you hear the master say “if there is a god, then why are his followers thus”. One thing is certain, though. This is the most wonderful piece of music ever to come of the master’s hands. Simply wonderful.

There are French chansons crooned in the most wonderful kitchy manner. I doubt even Maurice Chevalier could have out-smoothed Iggy there doing his French version of Autumn Leaves. The omnipresent Louisville jazz notes are particularly notable on the track King Of The Dogs, also released on YouTube as a three way interactive video. A brilliant music video, by the way, even if the interactivity is a bit of a fad. A tune reminiscent of Louis Armstrong’s King Of The Zulus. The dog’s bollocks, if you will, and pardon the pun.

Back to Préliminaires, what stands out is an uncanny atmosphere, lavishly spread out across all tracks, making the album a wholesome experience. The punk has finally grown up… at least until his next concert.

Right about now Iggy kicks off a tour with his new band, doing a live radio show from Paris which will include such wonderful classics as Cab Calloway’s swinging Minnie The Moocher and Screamin’ Jay Hawkins’ I Put A Spell You. Quite a novel repertoire in all its altmodischness. 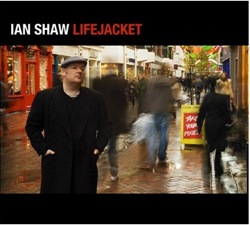 …is what Linn label tag their record label. Some bold statement if you ask me but browsing their releases does indeed reveal some interesting recordings that would be nice candidates for that proverbial desert island you might end up on carrying only a record and an audio system, particularly SACD but also some more curious formats; not only can you buy Flac encoded downloadables, you can even buy complete NAS drives preloaded with with every single Linn recording available. One such drive is a 2TB QNap. Now, that is service – and novel. But for those of us less susceptible to quantity bargains there is still the option to download the records or individual tracks. One such album is Ian Shaw’s Lifejacket. Quite an interesting album slightly [remotely perhaps] reminiscent of a quirky fusion between Jethro Tull and Curtis Stigers, only much more lively. There are indeed some nice recordings there.

I already mentioned B&W Music Club where you can subscribe to special recordings from Peter Gabriel’s Real World Records. Linn’s initiative is rather of the same substance and just as focused on musical fidelity. Linn have won numerous critical acclamations over the years for their records – they too offer lossless downloads both in 16bit CD quality and 24bit studio master resolution. Needless to say, I am tempted to say – and thus do.

Lossless music; even if I am a copy cat

Bowers & Wilkins, or as they are more likely known to most, B&W, have started a music club partnering with none other than Peter Gabriel and his Real World Records. The idea is to offer music in lossless compression to those [of us] who twitch over the MP3 downloads that are so popular. Bandwidth is soaring and disk space googolic  – let us have music in its pure form and not in a tin can. We can take it!

Every month a new album will be published for download in Apple Lossless or Flac, ready to be put to CD or thrown straight at your media streamer; all at a yearly subscription rate equalling roughly a mere 5 or 6 CD albums. So, if you like being subjected to something new once in a while, this is cheap whichever way you look at it; and bloody good quality to boot. Last month featured Little Axe – this month Grindhouse (mondo cane) and the next is Gwyneth Herbert. A truly varied selection.

Did I say lossless compression enough? Take a look at the cover art you get with most download services. If it is even there it is usually restricted to a measly thumbnail of the cover. Even that is lossless in B&W’s club… you can download an actual booklet or insert with every CD. Printing it can be a bit of a challenge, though. But that is hardly their fault. No, this is going to be very, very nice.

Thumbs up! And let us have some copy cats already!